The History of America’s “National Drink”

The History of America’s “National Drink”

Back in the days of the Boston Tea Party, drinking coffee became an act of patriotism as Americans protested the excessive tax levied by King George III on their tea. The Continental Congress, as a result, made coffee the “national drink”.

Coffee houses soon became gathering places for people such as Paul Revere, John Adams, George Washington and others known as the Sons of Liberty. The Declaration of Independence had its first public reading outside the Merchant’s Coffee House in Philadelphia. Later, a New York City coffee house served as the stage for a hero’s welcome of General Washington upon his arrival to be inaugurated as our first president.

Not only did coffee promote the spirit of our nation, but business was often conducted in these favorite gathering places. The New York Stock Exchange evolved from the Tontine Coffee House. Other important cities saw their coffee houses become hubs of political discussion and commerce.

George C. Washington and His Company

Over a century later, in 1908, as George C. Washington (who claimed to be a distant relative of our first president) was waiting for his wife to join him for coffee on their coffee plantation in Guatemala when he noticed a powdery substance forming on the spout of his silver coffee pot. Being intrigued as both a chemist and an inventor, he experimented further. His determination led him to establish the first commercial instant coffee process with his company, the G. Washington Coffee Refining Company of Morris Plains, New Jersey. During WWI, the company’s entire output was requisitioned by the US Army to provide solders with their “cup of George” in the valiant effort to defend Europe. His company maintained its dominance in the coffee market for several decades.

More recently, in the development of George Washington Inn on Washington’s beautiful Olympic Peninsula, the owners began a search for a fine coffee that would honor our founding father’s legacy. The setting of a west-coast Mount Vernon replica seemed to call for a beverage that would link the historical aspects of George Washington’s era to the 21st century. Upon discovering the family connection through the former G. Washington Coffee Refining Company, there was an added impetus to carry on the coffee tradition.

George Washington Coffee, a specialty gourmet coffee, was reborn with a commitment to live up to the high standard set by the Washington name and the former company. 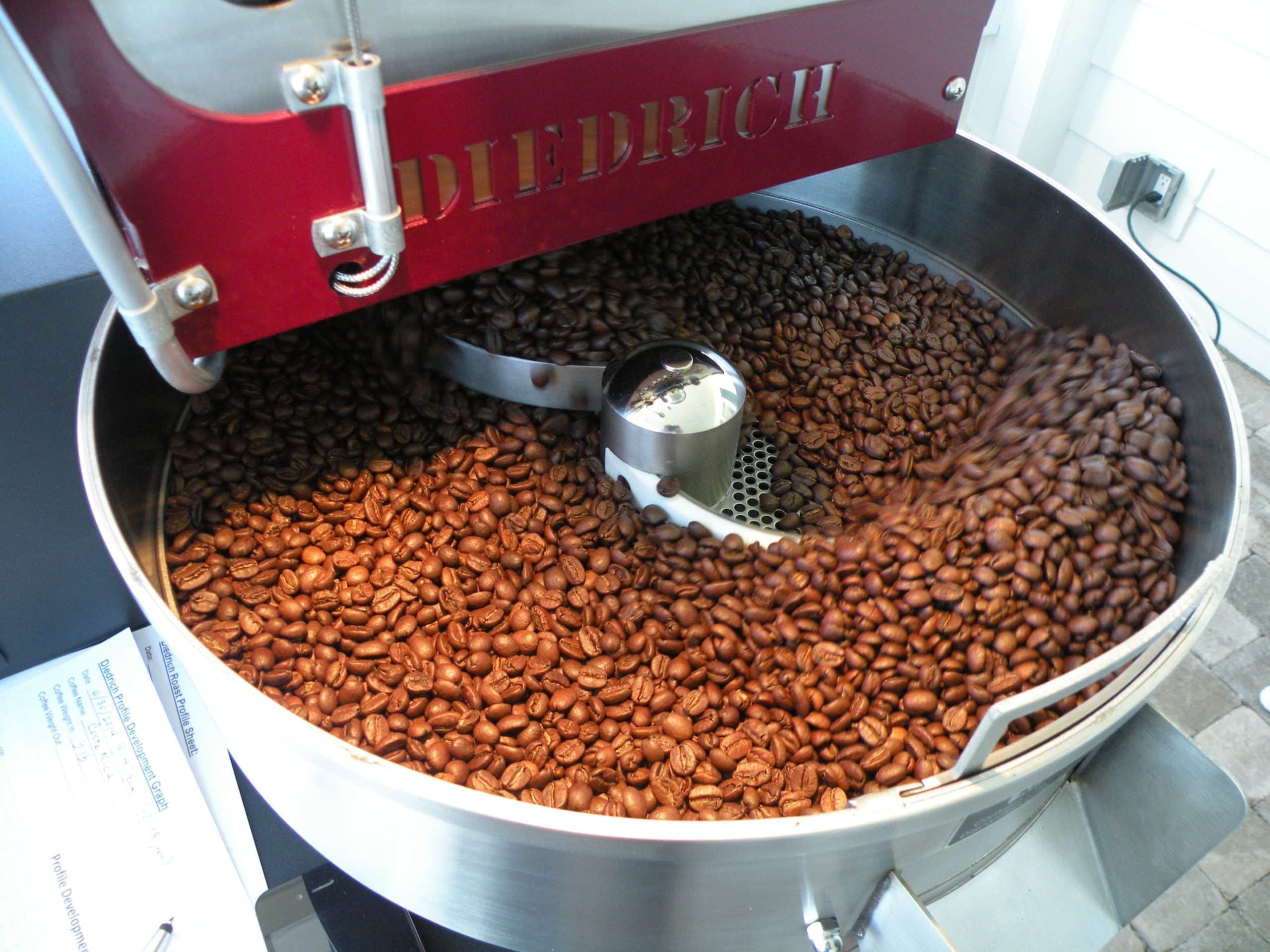 Today, only the finest Arabica coffee beans are hand-picked and gathered from the lush verdant mountainsides of Guatemala which is located near the equator where coffee grows best. With great care these premium  coffee beans are roasted to perfection by the inn’s proprietor for its guests and are also offered for sale in the farm store (during the summer months). Please call the inn if you want to order yours off season.

Our commitment at George Washington Inn is to provide you with the finest coffee in the world, making your “cup of George” a savored moment in your day.

Give the Gift of George Washington Inn this Christmas